The album Dharmaland was released on June 11th, 2021. Arranged and performed by Ìxtahuele, it is the first-ever recording of this long-lost masterwork by the original hippie composer of Nature Boy. Resurrected from Ahbez’s unrecorded sheet music, c. 1961-63, Ìxtahuele has woven an enchanted tapestry of mystic exotica and experimental pop that re-establishes the songwriter as a forefather of psychedelic music and brings his work into the present. They are joined by a host of guest artists, including yours truly on two tracks. Please click on the image to purchase the album. To learn more about the creation of the album, click HERE. 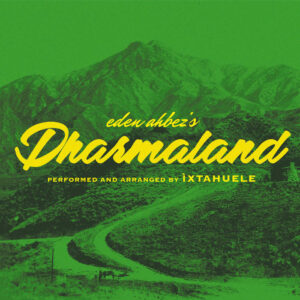 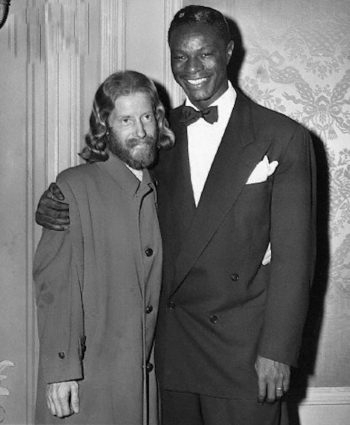 George Alexander Aberle, who later changed his name to eden ahbez, was my great-grandmother’s cousin. Most widely known as the composer of Nature Boy, first made famous by Nat King Cole, he was a prolific composer, writer and thinker. He was also known as one of the original “Nature Boys” who espoused clean living, proximity to nature, and an open mind.

I am thrilled to be part of an upcoming feature-length documentary entitled As the Wind: The Enchanted Life of Eden Ahbez, spearheaded by ahbez expert and writer Brian Chidester and videographer and producer John Winer.

In July of 2019 in Los Angeles, I was part of the team that recorded eden’s collection of unpublished pieces called Dharmaland, written between 1961 and 1963. For more information on the album, click HERE. In November of 2018, I took a road trip with Brian and John from New York to Iowa and Kansas, tracing Eden’s childhood steps and meeting people who knew him along the way.

Please see below for the first and second documentary previews: