I am excited to curate the Vernon Salon Series, a monthly series whose mission is to provide Bay Area musicians an informal setting to present and discuss new musical works with an enthusiastic and supportive audience. Founded in January of 2016, it has provided a wonderful setting for artists to meet friends and test out new programs and ideas. Alongside many incredible musicians, other artists who have presented their work have hailed from the fields of visual art, literature, musicology, viticulture, illustration, dance and others.

October 23rd at 7 PDT
Writer Lindsay Merbaum will read from her forthcoming feminist horror novel The Hotel and demo the recipe for the Gold Persimmon, a signature cocktail named for the book’s deliciously mysterious hotel, featuring hibiscus, bourbon, mezcal, and Earl Grey. Follow her on Instagram @pickyourpotions.
The YouTube Live link is HERE. 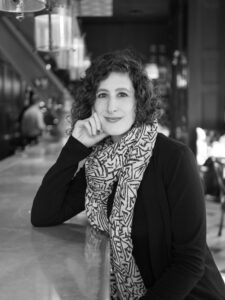 November 13th
Constance Koo, an Oakland-based harpist, will present a unique program including Baroque transcriptions for the harp. For more information about Constance, visit her website at http://constancekoo.com/biography/

December 4th
New York-based composer and performer Jude Traxler will present a solo set of song selections from his opera, CPU. For more information on Jude’s work, visit his website at judetraxler.com/cpu_opera 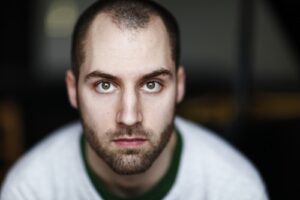 Tenor Alex Taite shared a portion of his one-man show focusing on the development of the Negro Spiritual, its evolution within, and its influence on American music. The YouTube Live link is archived HERE. For more information, visit Alex’s website at https://alexander-rameses.com/tenor/ 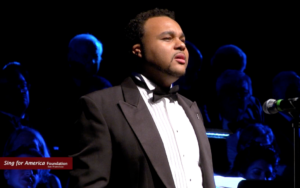 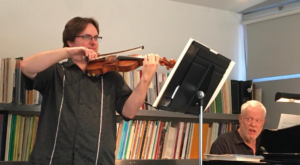 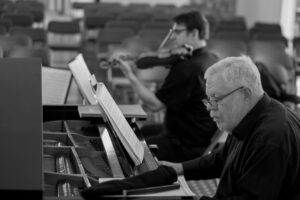 San Francisco-based flutist Jessie Nucho is passionate about sharing both traditional and contemporary music as a chamber musician, soloist, and educator. She performs regularly with the new music ensembles After Everything and Ninth Planet New Music, and previously performed with Wild Rumpus. She is a founding member of Siroko Duo, a flute duo dedicated to commissioning and presenting new works in creative spaces. As a soloist, Jessie has performed at San Francisco’s Center for New Music, the Berkeley Arts Festival, the Hot Air Music Festival, and the Legion of Honor. Jessie holds an MM from the San Francisco Conservatory of Music, where she studied with Tim Day. Previous instructors include Alberto Almarza and Jeanne Baxtresser at Carnegie Mellon University.

May: The Vernon Salon Series presented its first live stream show! In coordination with musicians Lewis Patzner, Ariel Wang, Corey Mike, Glenda Bates, Derek Sup, and Jacob Hansen-Joseph, Anne Rainwater hosted an an evening of solo works over Facebook and YouTube live on Friday, May 8th at 8 PM. Missed the show? You can always watch it HERE on YouTube.

March: POSTPONED BECAUSE OF COVID-19!
Lindsay Merbaum presents an interactive creative workshop on confronting fear of failure–with cocktails! Lindsay is a fiction writer, creative coach, and self-taught mixologist who serves as an editor at Rivet, a journal of experimental literature published by Red Bridge Press. After years of supporting writers and artists of all ages and backgrounds in achieving academic success, Lindsay launched Catalyst Creative Coaching to work with creatives to help them get inspired, get working, and get out there. Learn more at www.lmerbaum.com.

May: POSTPONED BECAUSE OF COVID-19!
Cellist Natalie Raney will present a solo set on the Vernon Salon Series. Natalie fell in love with the cello when she was nine years old, after hearing her coolest, childhood role model play it in the house next door. Her journey has led her across the country and landed her in San Francisco where she resides as a sought after chamber musician, soloist, and teacher. Recognized for her bold and adventurous playing, she has established herself as an immensely versatile performer. 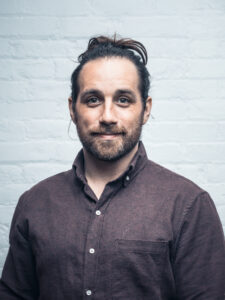 December: David Lang is one of the most meticulous composers on the contemporary music scene. As self-effacing as it can be, his music is full of puzzles and intellectual nuance. His major piano cycle Memory Pieces was written to commemorate friends of his who left this world earlier than they should have. Pianist Simon Karakulidi is an omnivorous pianist, born in Russia but educated in the United States. Simon believes that the well-being of “art music” is possible only if musicians explore the issues that have defined both current and past aesthetics alike. As a winner of many mainstream international piano competitions, Simon strives to bring as many contemporary American masterpieces to the spotlight as he can.

September: Local musicians Steve Heckman (saxophone) and Matt Clark (piano) performed compositions by Thelonious Monk, Leonard Bernstein, Harold Arlen, plus original compositions. They have recorded multiple albums together and have over 20 years experience of playing together as well.

August: Pianist Anne Rainwater and mixed-media artist Victoria Welling present their performance art piece Unladylike. Drawing from elements of ritual, the “cult of domesticity,” and societal expectations of women, both of the past and present, Anne and Victoria invite viewers to explore their own beliefs about women and their roles in private and public spheres. See below for some video highlights.

June: Folias Duo presented a program of all original classical music for flute and guitar influenced by Argentine tango, Astor Piazzolla, and South American folk. Having worked together for over ten years, this husband and wife duo of flutist Carmen Maret and guitarist Andrew Bergeron continue to break new ground as performers and composers with a list of over 40 self-published compositions on the Folias Music site. Folias’ five critically-acclaimed albums on the Blue Griffin Recording label show their versatility as musicians.

May: Michael Jones is a percussionist based in San Diego whose work focuses on experimental music and the avant garde. He is particularly interested in the concepts of beauty, natural listening, and community. The Basketweave Elegies (2018) is a new work for vibraphone by composer Peter Garland, based on the sculptures of the late San Francisco-based artist Ruth Asawa.

April: Oakland-based Robert Nance presented Inwards, a set of pieces for solo electric guitar heavily reliant on improvisation and inner reflection. The core idea was initially conceived as an exercise to eschew self-criticism while composing. In these very meditative works, audiences will be encouraged with explore their own relationship with listening as a form of self-reflection.

March: Zwischenspiel, a German word meaning both interplay and interlude, is a meditative program, features new and old music paired with photographs from 2 continents. Zwischenspiel features pianists Rachel Breen and Kelsey Walsh, both Bay Area natives, who have found a new home in Germany.  Breen and Walsh are graduates of Juilliard and the San Francisco Conservatory of Music, and both maintain a full performance and teaching schedule in Hannover and Berlin, respectively. Works included on the program are J.S. Bach’s Contrapunctus 1 (from The Art Of The Fugue) and David Lang’s Orpheus Over and Under.

February: d’PaJo is an eclectic ensemble that focuses on their mutual love and appreciation for a myriad of musical styles – gypsy jazz, jazz standards, great American songbook, and any other music that speaks to them. As a collective, they have performed internationally on more than two continents and in a dozen countries, in settings ranging from intimate house concerts to venues such as Yoshi’s, Grace Cathedral and Davies Symphony Hall. Guitarist Patrick Anseth and Violinist Justin Ouellet have been active in both the California & New England music scenes. They are current faculty members at the renowned Oakland School for the Arts: Patrick is the director of the Jazz Guitar program, and Justin is the Co-Director of Chamber Music & Orchestral Studies. Listen to one of their live performances here.

January: San Francisco harpist Meredith Clark performed a set of solo works by harpist and composer Carlos Salzedo (1885-1961). Salzedo transformed the way composers write for and think about the harp through his large solo harp repertoire and his development of notation system for extended techniques that has been widely adopted. He also worked with famed dancer Vaslav Nijinsky to develop his own method of playing. Meredith keeps a busy schedule playing with orchestras all across the Bay Area as well as playing chamber music and recording for video games and films. She is the Principal Harpist of the Oakland Symphony and part of the Joshua Trio (soprano, cello and harp).

November: It was the second annual Bring Your Favorite Artwork Salon! We shared music, books, poetry, videos, and more.

November: The first annual Bring Your Favorite Artwork month! Guests brought any work of art they personally enjoyed, and we had a lively sharing session followed by a discussion.

October: In collaboration with Phonochrome, musicians Elizabeth Talbert (flute) and Sophie Huet (clarinet) presented a timely, musical exploration of artistic and literary censorship. The show featured music inspired by banned literature, including Unsuk Chin’s Advice from a Caterpillar (from Alice in Wonderland), and music from banned composers, including J.S. Bach, whose works were censored during China’s Cultural Revolution.

June: It was Music Trivia Night at the Vernon Salon Series, hosted by the inimitable Ben Zucker!

February: Flutist Jessie Nucho performed two solo works with electronics and fixed media by Kaija Saariaho and Eve Beglarian, and writer Lindsay Merbaum gave a talk about her experiences as a writer and literature critic.

January: We heard from pianist James Stone, violist/composer Scott Rubin, and butoh dancer Shoshanna Greene. See below for a video!

November: Local musicians Mark Clifford and Crystal Pascucci performed some original duo pieces together, and Mark also spoke about how he personally addresses the unique challenges of composing for various types of ensembles and how he gives performers room to be improvisers within the context of pieces that are specifically notated.

July: Dr. Stephanie Patterson, a bassoonist who teaches at Columbus State University in Georgia, performed a set, followed by a presentation by guitarist Robert Nance also presented a talk about composer Kevin Volans.

February: We heard the music of Robert Nance performed by Kevin Rogers, Abigail Nance, and the composer himself. We also heard poet Roy Doughty read some of his recent writings.

January: We heard from Mara Plotkin on bass clarinet and saw a collection of works by local mixed media artist Victoria Welling.