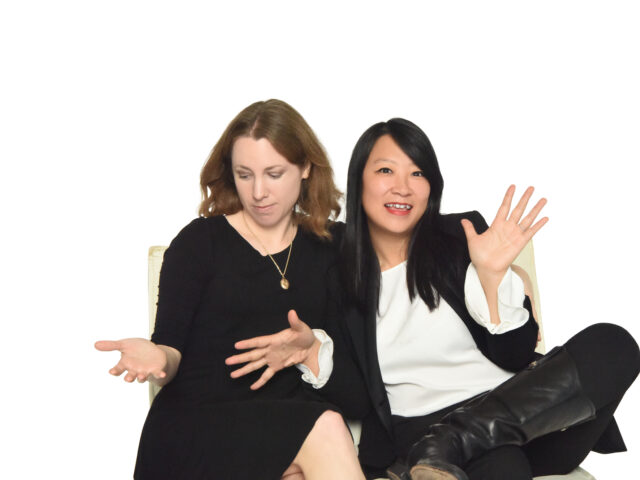 ARc duET is pianists Anne Rainwater and Emily Tian. They are both interested in and primarily perform contemporary and jazz-inspired works for piano 4-hands and 2 pianos. ARc duET is committed to programming composers with diverse voices and backgrounds. Friend and colleague Leslie La Barre wrote them a piece in 2018, and they have also worked with Bay Area composer Ryan Brown. Anne and Emily recorded Steve Reich’s Eight Lines at Tiny Telephone Oakland in March of 2019 as part of a new, sanctioned-by-the-composer version of the piece which also involves handmade synthesizers on the other instrument parts. Upcoming projects include a streaming show at the Steinway Center in Walnut Creek, CA and a collaboration with the Savage Jazz Dance Company in Oakland, CA. When not at the piano, they both enjoy hanging out with their cats and teaching.

Rob Shelton’s new self-released record – Eight Lines/The Seer
Arc Duet is excited to be a part of Rob Shelton’s new self-released record, released May 1st, 2020 on Bandcamp. Rob took vintage modular synths and combined them with the original piano parts from Steve Reich’s iconic piece 8 Lines (1978), allowing him to produce a beautiful new sound world. The second half of the record is, in Rob’s own words, “an original, large ensemble spliced-up ambient-ish piece called the seer.” This album was produced by James Riotto and Mark Clifford. To listen and purchase the album, please click HERE.